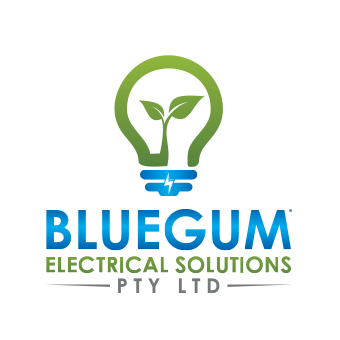 By now, you might have heard that the Victorian Solar Rebate has been cut off, there’s also been an election and there are all sorts of things happening in the sustainable energy space.

Now, the Victorian Government rebate did get cut off on the 12th of April. That’s the extra $2,225 that people were getting in addition to the government STCs.

“But what happened?” I hear you ask…

To keep it simple – They used up the allocated budget for that year.

Why? There’s a variety of reasons, one being budget. This means the budget not only for them also for the solar industry. If they released all of that money into the solar industry in one go, it would encourage poor quality installs and too-fast growth for a lot of businesses. So it’s 24,000 each year to ensure quality over quantity.

When April came around they had over 30,000 applications into the system.
Which is well above the allocated 24,000, now less than 24,000 had been finalised and paid, however, they couldn’t let any more people apply without going well over budget.

So what’s happening in the new financial year?

As of the first of July, they’re going to open up the rebate again. This time around there will be some changes, as they’ve learnt a lot from this first round of rebates.

Because so many people missed out last year and potentially had solar installs around the cut-off, many people are ready to go and you need to be too.

Because you need to know who’s you’d like to install your solar when you do the application, and there is a limited number of rebates available, now is the time to start.

Get a quote and find the right solutions for you, so you can get your rebate first before they run out.

Our solar consults include

Simply complete the form below to a get your FREE solar consult (Valued at $397).

Chantel brings her professional qualifications, entrepreneurial edge and passion for customer service together in her role as General Manager of Bluegum Electrical Solutions. Chantel is our go-to for all things to with the Solar Rebates and is a pro at dealing with PowerCor & Jemena. She is challenging the stereotypes in the trade industry and surprising their customers with quality and kindness.

Along the way, Chantel has bagged multiple Excellence in Customer Service Awards on behalf of Bluegum and is the proud recipient of the 2016 Young Business Person of the Year.

Whether she is on the netball court, at the gym or out bushwalking, Chantel is always thinking about the next innovative step for Bluegum and how they can continue to raise the bar and exceed their customer’s expectations.

BOOK A FREE QUOTE!
Recent News
Sign up!
Testimonials
My experience with Bluegum Electrical Solutions was fantastic from beginning to end. Both Josh and James were extremely professional. They took the time to walkthrough in detail the work that would be required and provided a more than reasonable quote for the work. Both took the time to clean up once they were finished, with Josh even explaining and demonstrating how to test safety switches in the fuse box. I recommend others and will be using Bluegum Electrical Solutions services in the future
Matty P
True Local Review
Awesome friendly and professional service. Arrive on time, quote accurately and fairly with no hidden nasties. For all of your electrical work I highly recommend Bluegum Electrical solutions.
Ian Fox
True Local Review
It is always nice to have an exceptional customer experience with any service industry. Chantal and Josh provided that and more with prompt, polite and friendly conversation when booking the service which was handled in a timely and professional manner. I will most certainly keeping Bluegum's details handy for our next issue.
Jason Peak
Direct Feedback
Every aspect of our experience was an absolute pleasure. Chantel was so organized and lovely to deal with, and Josh was very informative and polite. We are EXTREMELY happy with our ceiling fans and will not hesitate recommending Bluegum Electrical Solutions. Thank you so much.
Rueben & Samantha Davidson
Direct Feedback
My technician Josh was brilliant, polite tidy professional. I could not be happier! The whole service from the phone call to the finished job was superb. I will be using Bluegum for all my work in the future!
Sarah Jayne Howard
Direct Feedback
Josh was very helpful and friendly, quick fix to a fault that was effecting out power on a Sunday afternoon - we couldn't be happier with the service and work and I'll be using you again.
Tom Furphy
Direct Feedback
We had a long list of items - new power points, switches, LED lights, outdoor fans, sensor lights etc. The quote was good. Josh was punctual and worked efficiently and neatly. He kept us informed of power-interruptions - and walked us through the completed job. Very, very happy.
Peter
Direct Feedback
The quality and service provided by Josh and Chantel was outstanding I would recommend anyone to use Josh he has a great attitude and treated the house with respect and cleaned after his work was finished simply outstanding!
Chris Casmi
Direct Feedback
Josh was a delight to work with as well as being totally professional and attentive to detail. I will definitely be using Bluegum's services again.
Adam Warden
Direct Feedback
Extremely happy with the service I received right from the start when I called Bluegum Electrical and spoke to Chantel. Customer service and professionalism from the electrician and the administration staff was fantastic!! Josh the electrician was extremely professional, polite and helpful. He explained all that needed to be done and then completed the job and cleaned up after it. I would definitely use Bluegum Electrical again and recommend them to anyone needing a good electrician.
Anna Gomez
Direct Feedback
Josh was very polite, professional and honest. Price was more than reasonable and I will most definitely recommend this service to anybody.
iliya glavas
Direct Feedback
We have a very old home in the Kyneton and found Josh and Chantel Gilbert through the Truelocal website. Chantel confirm the appointment and Josh called us 15 min prior to his arrival, which was dead on time (as Im a professional Airline captain I appreciated his punctuality). Josh assessed the work and printed out a hard copy quote there and then (from his very well equipped Van), we confirmed the quote and work dated; Josh arrived again on time and worked all day from 7am till 5pm with not one break he is a very hard working and a polite young man who respected our home. His workmanship was second to non plus he cleaned up after he was finished. We would recommend the BlueGum Electrical solutions company to anyone who would like to get the job done right the first time with minimal fuss at a very competitive price.
Zakman
TrueLocal Review
They call you before they get there, professional quotes on the spot, competitive rates, and clean up after they done, if only all tradies where like this. Josh is professional, and friendly and knowledgeable. Did all my lights in my house and exhaust fans etc, the best electrical service I have ever felt with !
Normandy sr2
TrueLocal Review
Couldn't ask for any more. Very professional both Josh and Chantel. Had many experiences with bad electricians, was refreshing to find such a good one! Hard worker, cleaned up all his mess when finished, it wasn't an easy job replacing our meter box. We are impressed, would recommend to anyone.
broady90
TrueLocal Review
Josh from bluegum electrical came and installed some LED down lights in my kitchen! Did an awesome job! On time, very neat/tidy and a very very reasonable price! I will deffenantly be using them again!!!
The1stoneman
True Local Review 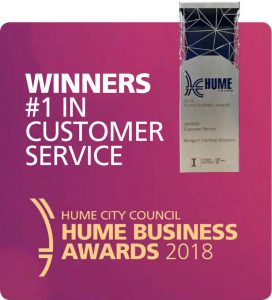 About
We believe that the most important aspect of our business is you, and we pride ourselves on providing the level of service you deserve from your electrician. With over 10 years’ experience and a passion for good service, you’ll always be able to count on us.
ONSITE PAYMENT